Miyuki Nazawa is a main character of The Grudge 2, portrayed by Misako Uno. Miyuki is a japanese schoolgirl attending the International School with her american friend Vanessa. She also has an american boyfriend named Michael. Miyuki and Vanessa cross paths with the curse after attempting to play a prank on their newcomer Allison Fleming at the Saeki house, that goes horribly wrong.

She is the first of the schoolgirls to be killed by the curse.

Miyuki attended Tokyo's International School and was a popular student alongside her best friend Vanessa. Chicago newcomer Allison, an awkward girl, wanted to join their friendship. Vanessa proposed a "challenge" to Allison and took her to the "most haunted house in all of Japan". Both Miyuki and Vanessa knew about the house's general background: the Saeki murders, the "girl who set a fire that killed her boyfriend two years ago" and the grudge curse and its spirits that inhabited the place, but presumably considered this just a myth. While attempting to play a prank on Allison by taking a picture of her, Miyuki and Vanessa were confused by the closet door refusing to open, and initially accused Allison of reversing the prank on them, only to be surprised as a frightened Allison seemed to really see something inside the attic's closet, screaming in horror.

Sometime later, Miyuki was lurked by a black cat while having a class. One night, she met her boyfriend Michael and the couple went to a love hotel. While Michael was in the shower, Miyuki noticed that she wasn't alone on the bed, as a spirit (implied to be Toshio Saeki) was tickling her under the covers. She initially thought it was Michael until she saw that he’s still in the shower. She crawls away from the blanket in terror and when she leaned against a mirror, the spirit of Kayako then grabbed her from behind and dragged her into the mirror. As Michael left the shower, he found nothing but himself alone in the room.

Vanessa was told by Allison that Miyuki was reported missing, and was questioned by the school's principal after Allison told her what the two did. Vanessa attempted to contact her intensely before being taken by the curse as well.

Allison saw the spirits of Vanessa and Miyuki in the principal's room before running back to the United States. As a traumatized Allison returned to her home in Chicago, the curse followed her and reached the place and its residents. Jake followed Allison to the basment and saw two ghostly figures dressed in uniform, walking behind her. He later entered Allison's apartment and faced the eyes of Miyuki and Vanessa watching him from the slits of the ripped open newspapers that dressed the windows. 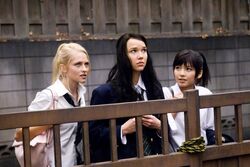 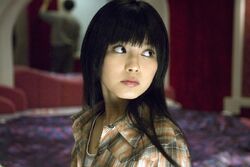 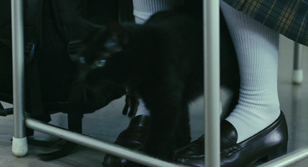 Miyuki is haunted by Mar. 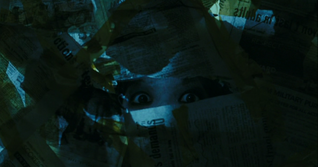 An apparition of Miyuki haunts Jake.
Add a photo to this gallery
Retrieved from "https://ju-on-the-grudge.fandom.com/wiki/Miyuki_Nazawa?oldid=11742"
Community content is available under CC-BY-SA unless otherwise noted.