Vanessa Cassidy is a main character from The Grudge 2, portrayed by Teresa Palmer. She is an American schoolgirl attending Tokyo's International School with Miyuki Nazawa and Allison Fleming. Being a vicious and mean bully, Vanessa crosses paths with the curse after persuading the newcomer Allison to enter "one of the most haunted houses in all of Japan", to play a prank on her which goes horribly wrong.

She can be considered an unofficial antagonist of the film alongside Kayako Saeki, as she was inadvertently responsible for getting her friends and the people living in the Chicago apartment killed, as Allison took the curse back home to Chicago (and setting up the events of The Grudge 3).

She is the second of the schoolgirls to be killed.

Vanessa was a student from the International School and best friends to Miyuki. She is the "queen bee" of the small friend group and a popular girl in the school. She was also rather vain and shallow, as she deliberately dressed herself in the school uniform to show off as much skin as possible by unbuttoning her blazer and rolling up her skirt, and encouraging Allison to do the same (and presumably Miyuki as well).

As Chicago's newcomer Allison wanted to join their friendship, Vanessa offered her a test: to enter an abandoned, flared house, said to be "one of the most haunted houses in all of Japan". Vanessa somehow knew about the house's murderous background and its inhabitant curse but demonstrated to be skeptical about it. The three schoolgirls then visited the place where "a girl" set a fire that killer her "boyfriend" two years before. Vanessa made Allison accomplish her task, but Allison ended up actually meeting something inside the wardrobe that left them all scared. Allison ran off after Miyuki and Vanessa, who escaped the home after hearing her screams.

Vanessa however, still taunted Allison about her fear and her visits to the school's counselor in front of the other girls in the locker room, unaware that Miyuki was also being lurked by the ghosts. Vanessa then showers and discovers dark black hair washing away, and pulls away tufts of it with her fingers. Then as she's getting her clothes from the locker she spots a hanging white dress that becomes Kayako. Terrified, she peed all over her legs and ran out wearing only a towel.

Following Miyuki's disappearance she was then advised by a teacher that the counselor wanted to see her as well. At the Counselor's room, Vanessa met a startled Allison, who told her the grave news. Allison then blamed Vanessa for what had been happening to her, and ran off the room. The Counselor followed her and Vanessa, left alone, sent a last text message to Miyuki. Haunted by Toshio, she ran out of the room as well.

Desperate in the streets, she entered a phone cab and attempted to make Miyuki one last call, only to hear Kayako's death rattle. Startled, Vanessa drops the phone and looks around in the booth, and then Toshio appear to grab her legs, preventing her from running away from the booth. Vanessa then found her fate under the curse, as Kayako fully wrapped her with her hair, suffocating her to death.

Vanessa’s ghost continued to haunt Allison after her death, appearing next to her along with Miyuki’s ghost in the principal’s office, before the Principal herself revealed she’s a ghost, prompting Allison to move back home.

Apart from Kayako and Toshio, the curse followed Allison to her appartment building in Chicago in the form of Vanessa and Miyuki. Jake saw the two ghostly schoolgirls twice, the first time walking behind Allison in the basement, the second time himself being threateningly stared by their ghostly eyes. 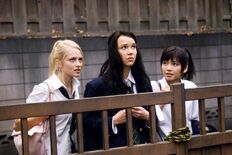 Vanessa persuades Allison to step inside the haunted house. 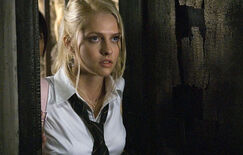 Vanessa steps inside the house. 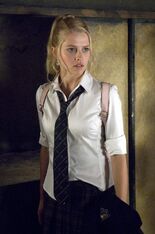 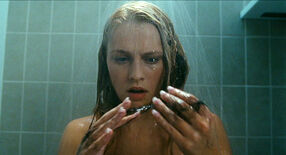 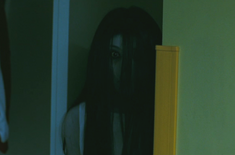 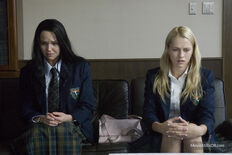 Vanessa is interrogated in school about what exactly happened in the house. 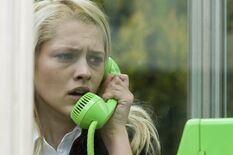 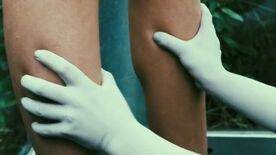 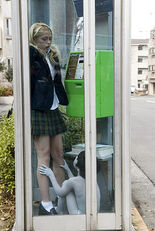 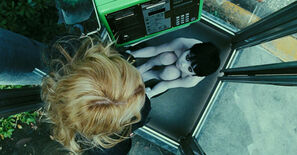 Vanessa is haunted by Toshio 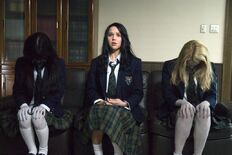 The apparitions of Vanessa and Miyuki haunt Allison. 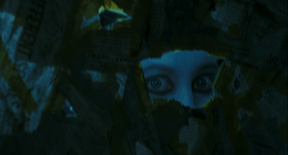 Vanessa haunts Allison.
Add a photo to this gallery

Retrieved from "https://ju-on-the-grudge.fandom.com/wiki/Vanessa_Cassidy?oldid=11761"
Community content is available under CC-BY-SA unless otherwise noted.